The submarine monument at Fresno State in from of the Joyal Adinistration Building was dedicated in 2002 with a handsome granite marker and 54 tulip trees honoring 52 U.S. submarines and 3,505 men who were lost in World War II and two other submarines and 228 men lost since 1945.

In 2003, tribute was paid to the first five American submarines lost in the 20th century.

In 2004 the university dedicated six tulip trees to honor six lost submarines and crew members. These six trees join the existing 59 trees already dedicated to submariners on the mall, and complete the campus memorial.

The Fresno State memorial is the first honoring lost submarines and crewmembers to be located on a university campus. 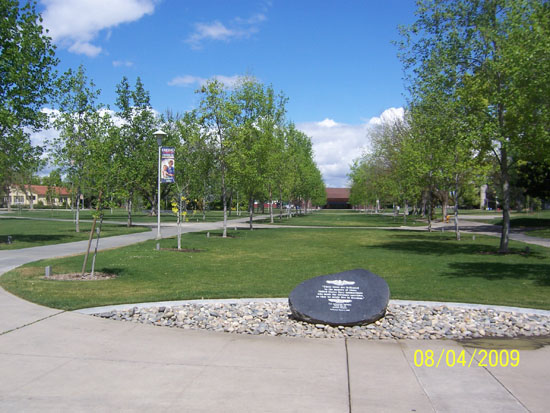 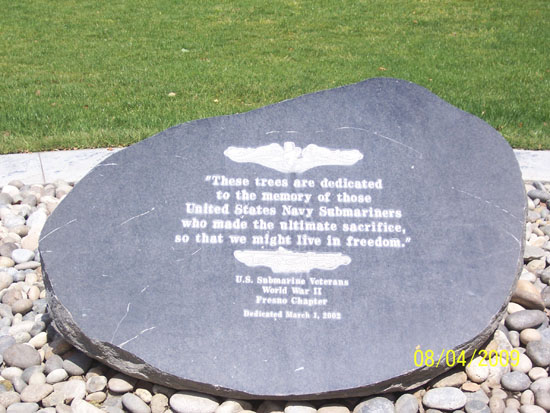 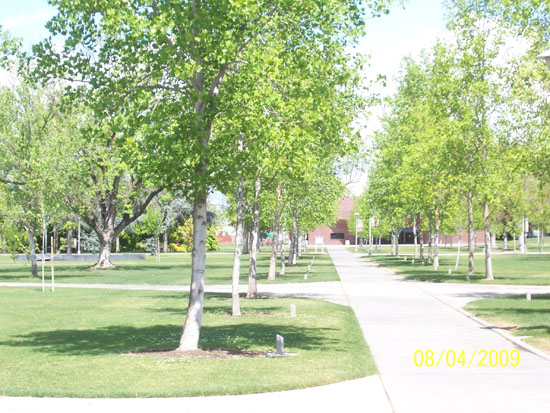